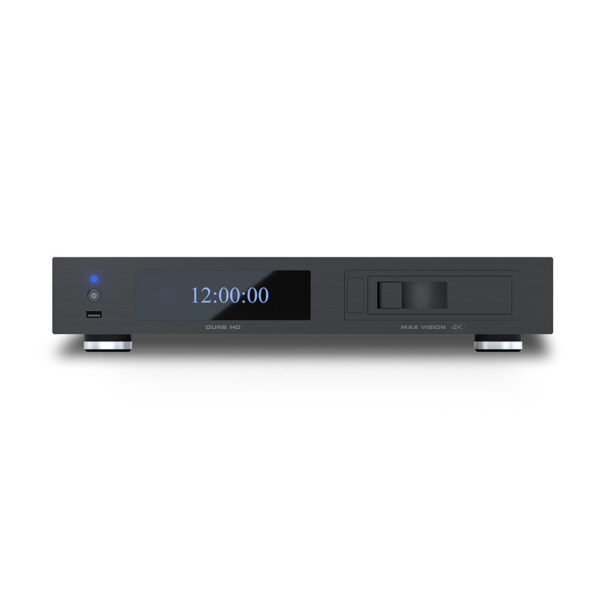 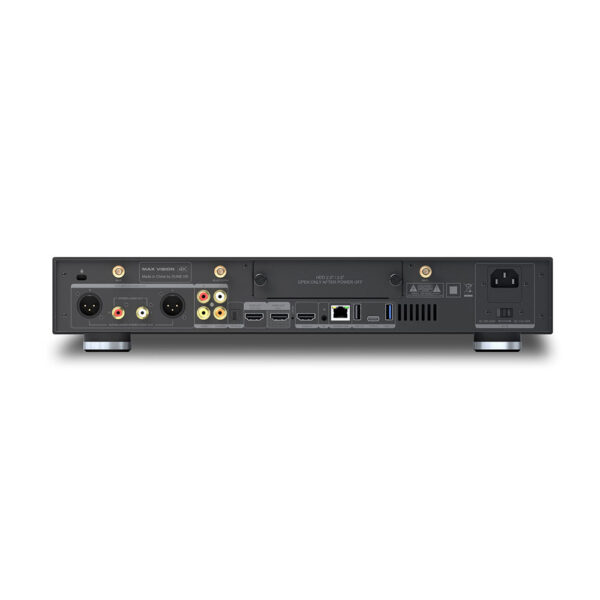 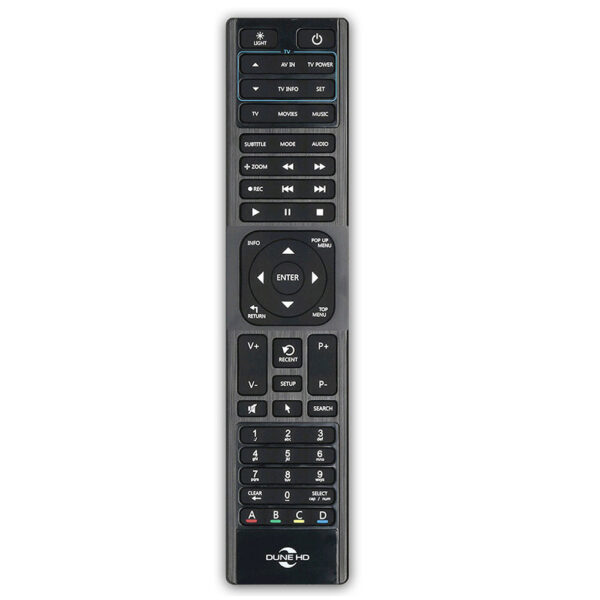 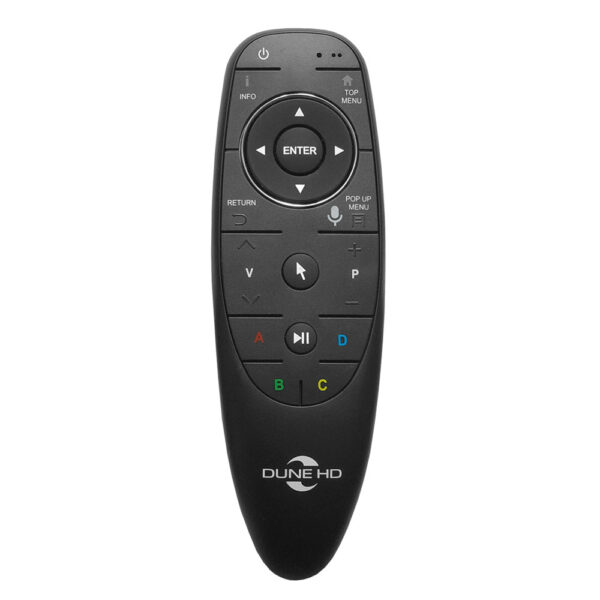 Big matrix OLED display on the front panel displays current time, playback position, currently played song, and supports navigation through the menus of the media player even when the TV is switched off.

Front panel hot-swap HDD rack can be used to easily and quickly insert and exchange 3.5″ SATA HDDs. Rear panel HDD slot can be used to install 3.5″ or 2.5″ HDD or SSD.

The media player has a silent cooling system based on 120mm Hi-End ultra-low-noise fan from Noctua.

The media player supports not only the old VP9 video codec (which does not support HDR), but also the newest VP9 profile 2, which supports HDR and which is used in YouTube for 4K HDR content.

The media player has the new GPU Mali-G51 – which is +50% faster than Mali T-820 used in the previous generation media players.

This is 2x more than in the previous generation media players, and gives better performance for the most heavy apps.

This is 2x more than in the previous generation media players, and gives more space for the most heavy apps and internal storage.
Android 9

For Android applications, the media player uses a modern Android version 9.0. This provides improved support for the newest Android apps.

3 external antennas (two antennas for Wi-Fi 2T2R + one separate antenna for Bluetooth) improve the performance of Wi-Fi and Bluetooth.
Bluetooth 5.0

Dune HD media players are the only media players based on Realtek media processor which implement automatic framerate and resolution switching not only for file playback, but also for Android applications. With proper support for all framerates, including 23.976 and 24.0.

You can play top quality Super Audio CD (DSD) music files in all any popular formats (ISO, DFF, DSF), including both stereo and multichannel files, including files which use DST compression. Multichannel DSD files can be output to HDMI as high quality multichannel PCM (up to 176.4 KHz). Stereo DSD files can be output to HDMI and S/PDIF as high quality stereo PCM (up to 176.4 KHz).

The media player provides the powerful IP Control interface and has a lot of options for integration into Smart Home and Home Automation systems, such as Control4 and Crestron.

Proven history of software updates during a very long period

Dune HD is known for its reputation to listen to user’s feedback and provide software updates for many years. For example, for some old models, software updates with additional functions are provided for more than 10 years already. This is possible due to the unique “single code base” approach, which means that firmware for all Dune HD models is based on the same software (continuously developed and improved according to user’s feedback).

An additional Bluetooth remote controls the set-top box via a radio channel, provides the AirMouse function for convenient control of Android applications not optimised for controlling via a conventional remote, and provides the Microphone function for

Voice Search in applications which support it.

You can conveniently switch the media player on and off also using the button on the front panel.