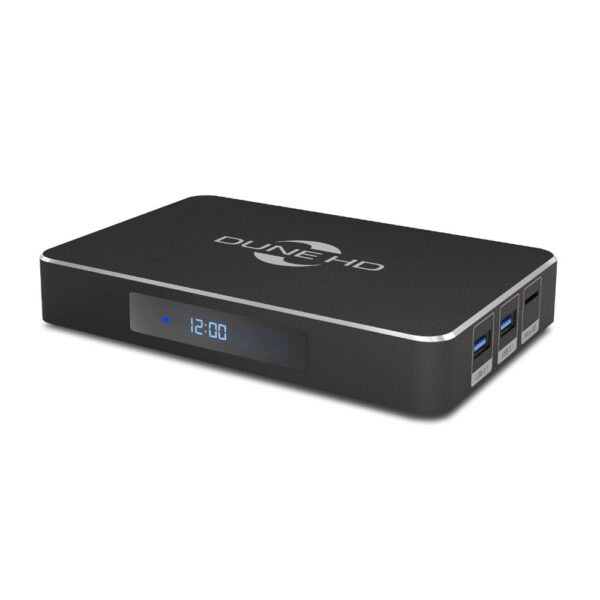 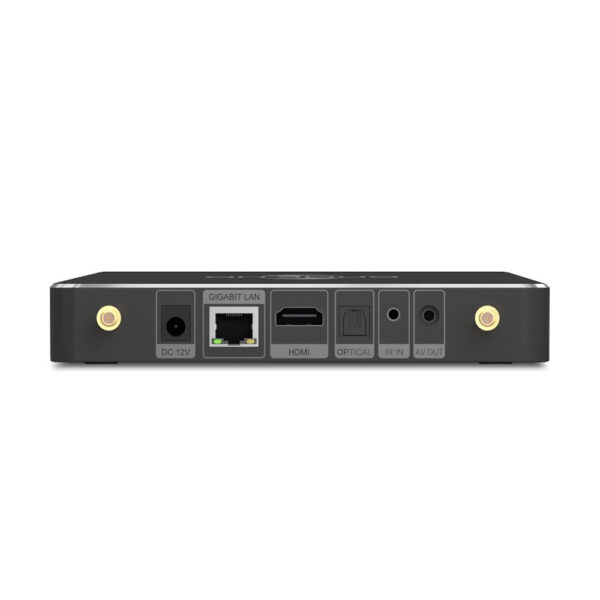 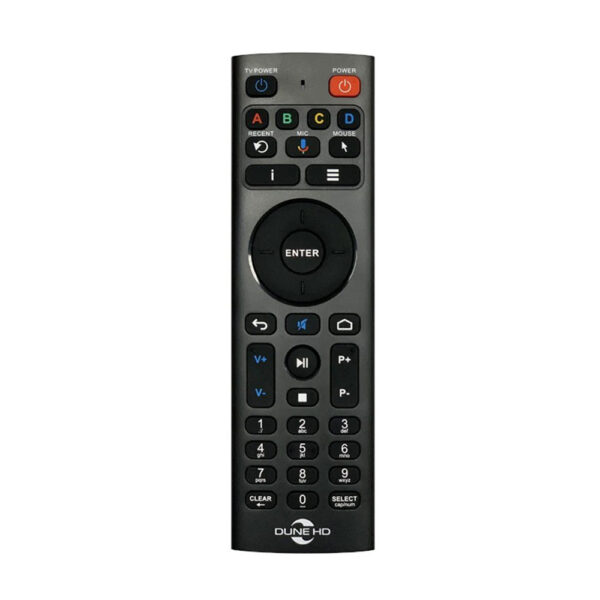 The media player supports direct playback of full Blu-ray disc images (BMDV and ISO) in Dolby Vision format (MEL and FEL), even when using full Blu-ray menu. The extended Dolby Vision information is used and transmitted to the TV to improve the picture quality. This is possible due to the unique video playback and output engine created by Dune HD. Other RTD1619DR-based media players do not support this. Dune HD media players are the only hybrid network media players in the world that combine support for Dolby Vision Blu-ray disc images with support for Internet video services and Android applications in one device.

This technology, unique to Dune HD media players, optimizes Dolby Vision files on the fly for maximum compatibility with the Realtek RTD1619DR media processor. This helps to ensure the most stable playback, including incorrectly encoded files (which often cause freezes, stuttering, sound out of sync on other media players).

The media player supports not only the old VP9 video codec (which does not support HDR), but also the newest VP9 profile 2, which supports HDR and which is used in YouTube for 4K HDR content.

The media player has the new GPU Mali-G51 – which is +50% faster than Mali T-820 used in the previous generation media players.

For Android applications, the media player uses a modern Android version 9.0. This provides improved support for the newest Android apps.

Dune HD media players are the only media players based on Realtek media processor which implement automatic framerate and resolution switching not only for file playback, but also for Android applications. With proper support for all framerates, including 23.976 and 24.0.

You can play top quality Super Audio CD (DSD) music files in all any popular formats (ISO, DFF, DSF), including both stereo and multichannel files, including files which use DST compression. Multichannel DSD files can be output to HDMI as high quality multichannel PCM (up to 176.4 KHz). Stereo DSD files can be output to HDMI and S/PDIF as high quality stereo PCM (up to 176.4 KHz).

The media player provides the powerful IP Control interface and has a lot of options for integration into Smart Home and Home Automation systems, such as Control4 and Crestron.

Proven history of software updates during a very long period

Dune HD is known for its reputation to listen to user’s feedback and provide software updates for many years. For example, for some old models, software updates with additional functions are provided for more than 10 years already. This is possible due to the unique “single code base” approach, which means that firmware for all Dune HD models is based on the same software (continuously developed and improved according to user’s feedback).

An additional Bluetooth remote controls the set-top box via a radio channel, provides the Microphone function for Voice Search in applications which support it, and has IR learning function that allows you to configure the remote control to control not only a media player, but also a TV or other equipment.